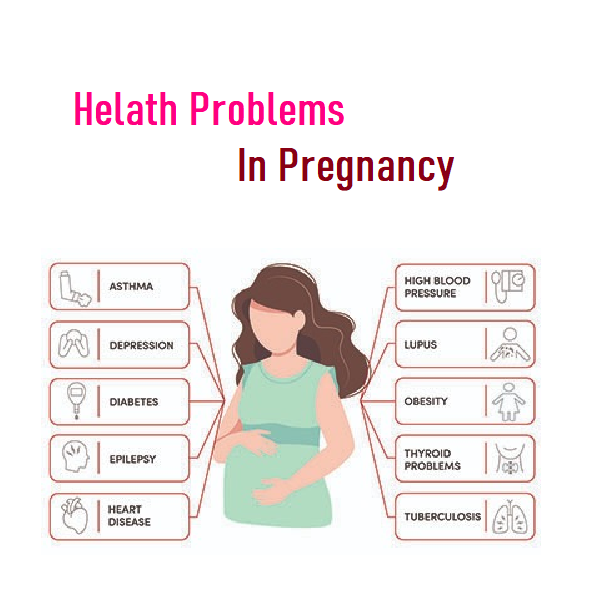 There are several health problems that occur when a woman is pregnant. Being aware of these symptoms and receiving regular prenatal check-ups can help prevent illnesses and help seek treatment as early as possible.

Iron-deficiency Anemia- Anemia is when red blood cells (hemoglobin) have fallen below the normal range. Anemia caused by iron deficiency is the most frequent form of anemia. Iron is an element of hemoglobin, which allows blood to transport oxygen. Women who are pregnant require more iron than usual for the greater amount of blood within their bodies as well as for the development of their child.

Fetal problems- This type of problem includes decreased movement after 28 weeks of pregnancy which is measured as smaller than normal. In these types of cases, it requires very close follow-ups and includes several testing such as ultrasound exams, non-stress testing, and many more that are required to understand the fetal problems.

Infections- Infections are also some of the major concerns while a woman is pregnant as there are chances of getting infected from many types of STI(sexually transmitted infections) diseases and this may lead to many types of complications.

Miscarriage- Pregnancy loss due to a natural problem before the 20th week is considered a miscarriage. Early spotting in pregnancy is common and does not mean that it is a miscarriage.